Manga is known to all anime lovers. It’s an undebatable fact that anime freaks love reading manga as much as they love anime. Today, people throughout the world are reading manga online. It’s as simple as watching anime series, and most of them are almost getting into it. Manga’s are scripted comic book having graphics and a storyline. Have covered all genres, Manga is as addictive as anime series. If you are following many mangas then you are quite familiar with our daily struggle to read manga on a mobile device. For the sole purpose of reading manga’s, there are manga readers that let you read manga on mobile.

I’ll be discussing and featuring a highly rated manga reader apps that are known to lift your manga reading experience. Although it has not proliferated yet smartphones and mobiles can be a great platform for finding some of them. These manga apps are listed in no particular order and most of them are free to use. Users can even download manga comics and read them offline without the internet. 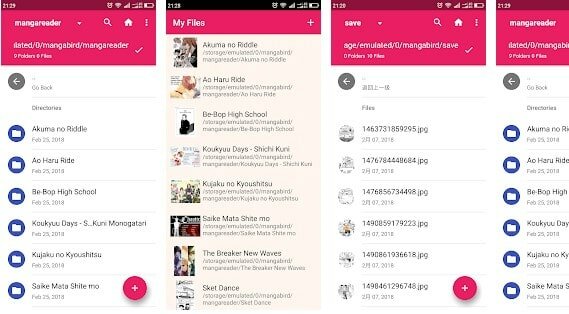 Manga Reader is known to be one of the very few free manga apps that manga lovers should really try it out. In a single app, it brings together more than 30 sources of the manga. With a huge content base, the app also comes with various organizational features that help the users to keep a track of everything in the app. Scroll smoothly while reading long chapters, crop section, and optimized manga are few features app offers.

It also comes with the features of cloud syncing, three modes for reading, different search options and much more. The material design of the app makes usage and navigation much easier. The manga updates are available every 2 hours. It does not have any download limits. 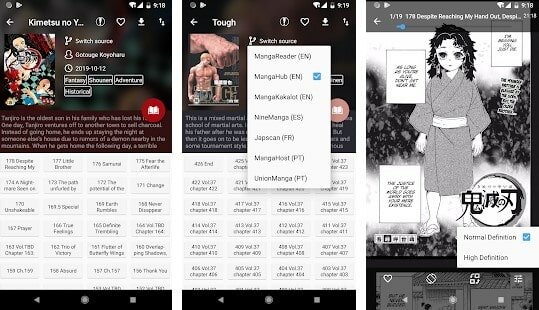 Manga Geek is top-rated manga reader app for Android available on play store for free.  Although the app is a simple one it does boast about its large library along with the provisions it provides to the users for downloading manga and reading them while they are offline.  The users get frequent updates about the app and the manga that is available is supported in more than ten languages. Being a simple manga app, it is a perfect option for the beginners along with the ones who have a minimum experience of the manga.

Overall, the app is a pretty decent one that lists manga from various different sources. With over 4000 manga and content in different languages, it’s a must-have for any manga lover. Do note, all manga might not be available in all regions due to copyright issues. 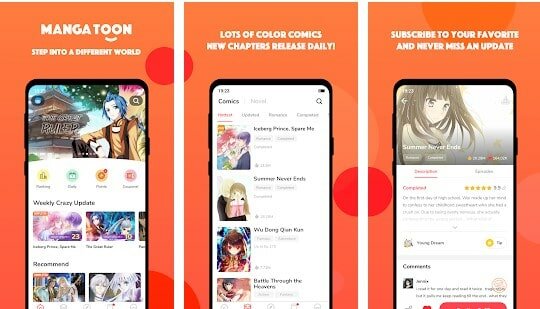 The developers had built this manga reader by keeping in mind the views and likings of the manga fans. The app helps the user in the reading manga. The app provides a clean interface to the readers. Hence, the user of the app becomes much easier. Through the app, one can enjoy over 15,000 manga titles and the app also provides the users with a section where the user can talk about the manga with the other fans.

Besides providing a customized setting for reading, the app provides a lot more features to the users. The app offers manga from different languages which a well-optimized for a mobile device. It can be downloaded for free and is the perfect app for reading manga online when one runs short of money. 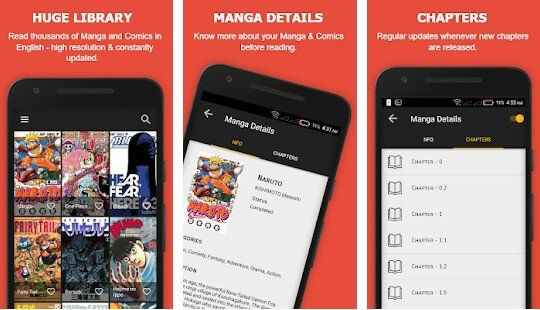 With this app, one can search, download and read any manga for free without any sort of interruptions of annoying apps. The user interface is easy to use and also clean and one can not only read the unlimited manga but also download 24,000 manga from different sources. The manga is updated on a regular basis and is of high-quality. The manga comes in English and Indonesian languages.

It also provides customizations like control of reading progress, brightness control and setting the manga source. Through this app, one can not only collect their favorite manga but also keep a track of its releases. The manga available is translated into English to read easily. With the comic and manga, one also gets a hand on anime videos on this app as a complementary content. 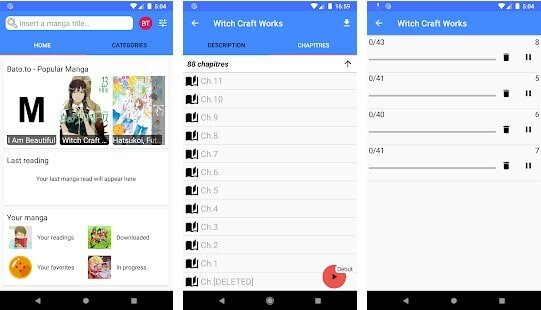 Still searching for a truly dedicated and zealous application which can certainly awe-struck you? Trust me, “Manga Universe” can prove out to be a true mode of enthrallment to quench your manga thirst. The application has got some of the exquisite facets. For instance – it possesses a huge arsenal of mangas (that almost counts to about 15,000), mobile-friendly application (as a matter of fact, you can even customize the viewer according to your own convenience).

Its unique editorial recommendation assists you to unearth several great mangas, that you haven’t heard of earlier. The best part about this app is that it let you download all your favorite mangas such that you can read them online. In other words, this application can certainly be your daily manga driver. 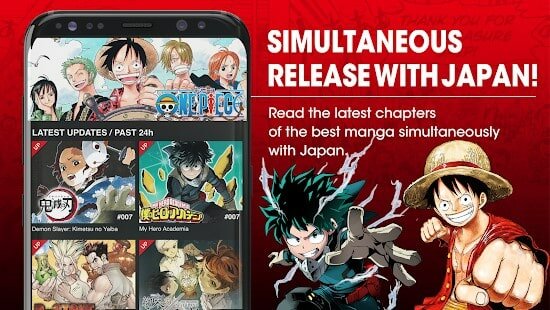 For many, this is the best manga reader app as it give access to the best and popular mangas easily which many apps miss out. Manga Plus is the manga reader from Shueisha which pushes daily updates. Manga are made available on the same day they are released in Japan. The app is quite cool as it provides updates to the users along with the notifications for the bookmarked manga. The users get a wide variety of manga to select from. Overall, it is known to be a reliable and simple app. Manga Plus is quenching the thirst of manga lovers.

While reading the reviews of the users using the app, people have complained about features like download buttons and limited content. The app is also available in the Spanish version which differs from the English version. The app has ads in return for free content. This support the creator while making the app legal.

If you have one hell of an expectation from a simple application, “WebComics” won’t let you down. This subtle and cultivated app will undeniably impart you with a top of the world feeling. The mangas are fully HD (i.e. 1080) and the arsenal has more than 500 licensed comics. The huge arsenal is regularly updated, adding new and exquisite stuff daily. It’s unique optimized technology loads the content in a wink of an eye.

Other than these, the verses or readers can also put forward their mind-boggling ideas about a particular piece in the comment section. The paramount and preeminent facet of this application is that if you are a true manga freak, or is a developer, then you too can contribute your work by simply shooting a mail to them. 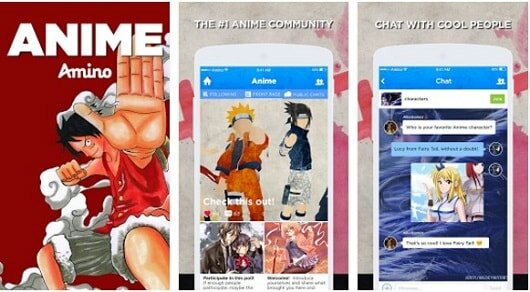 Animo is known to be a social network for the fans of anime and manga. The general approach of the manga lovers should be to explore the network of the app and find all the recommendations about the same for discovering new stuff. The service of the app boasts itself to be a perfect destination for the fans of manga, anime and Vocaloid music along with the others of the similar category.

Navigation throughout the app is quite easy due to its clean design of the interface. As it is an offshoot of the social network, using the app’s network is a bit weird for every user. This app directly does not provide the users with manga to read but provides them with some of the very decent ideas of what to read. Besides being free, the app has a good rating and one can definitely try it out if interested.

Manga lovers know how tiresome and irritating life gets while reading manga on a web-browser. I used to pop out my eyes and zoom into the core of the earth to read out the dialogs. Made for mobile, these apps are very well optimized to work on small devices. I hope these manga reader apps help you with better manga reading experience. Many of the manga readers can have a basic free version but the plans can be upgraded to premium ones by paying a few bucks where the user can enjoy much more of manga than the free versions.