Being straight or gay doesn’t really matter but one thing that surely does is to find the best dating app for both the contingents on which they can rely upon blindfolded. There is quite a few dating application for homophiles where they can connect with people and have fun outings to serious relationships. Today the world may be very highly modernized but still, people are attached to a certain amount of stigma with the concept of homosexuality and so it is not easy for them to find Hooking up apps or specifically gay dating apps that actually work.

Homosexual people are getting bolder day by day. They are now not afraid to admit to the world that they are “different”. Certainly, you all have noticed the word in bold. It simply lies in the way of perspective and standpoint that an individual possesses. Wise men once quoted that “beauty lies in the eyes of the beholder”, and that’s pretty much true in all context. So inventing dating applications which are solely dedicated to them is indeed a brilliant idea and it is gaining popularity with each passing day.

Every dating app has millions of subscriptions and it has been proved to be very helpful. For the betterment of the homosexual society, the invention of LGBT dating apps has been a blessing. Here are the top 5 best gay dating apps that you can download on your phone in order to lit up your boring life and set them on the go. Also, do check some of the best hookup sites you can visit online. 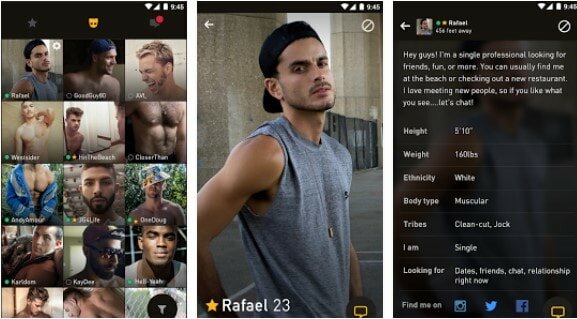 When it comes to one of the most popular and successful dating application for the gay community, Grindr is considered to be the pioneer. The app was launched in the year 2009 and since then it has been a major hit. If you are a gay or bisexual, using this app might help you find your soulmate as it connects gay and bisexual men from all over the world. The number of members of this dating app is 5 million and it is increasing day by day.

No matter what your location is, this app will make sure that you find a similar choice closest to your location and the topmost priority of this site is proximity. It refreshes itself every now and then in order to provide you the best possible outcome based on your current whereabouts. The particular is available for multiple platforms like Android and IOS. 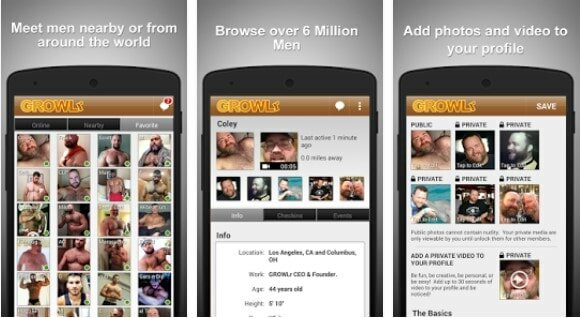 Another very popular, favoured and prominent app for the gay community is the Growlr. There is a total of 8 million-plus active users of this app from the various community across the world. Like other dating apps, it lets you share pictures, private messages, voice memos, etc. Growlr came into the business in the year 2010 and it is one of the hottest application to find gay men.

In the beginning, Growlr was considered to be more like a hookup app but now it has become more serious. This is a perfect app if you are looking for a hassle-free fun experience. Users have claimed Growlr to be a very useful and efficient app and many have elegantly asserted that they have been able to find their soulmate through this app. 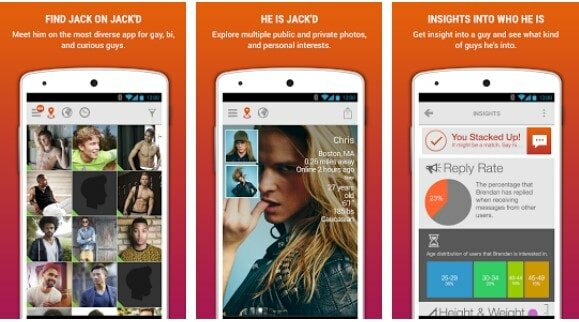 Now here is a dating app which is absolutely distinctive in its own way. It provides you with a lot of options like twinks, bears, just friends, big muscles, relationships (which are long term) and also curious bisexual straight genre. These genres are considered as the sub-communities of this dating app. Jack’d is undoubtedly one of the most diverse dating apps out there. An active user of this app has must be well-acquainted with his/her preference and then act accordingly.

People love this app since they can select any type of community as per their choice. People who have already been using this app have recommended their friends to join it and therefore Jack’d is becoming very popular with each passing day. This application was launched in 2010 and it is suitable for IOS, Android and Windows platform. 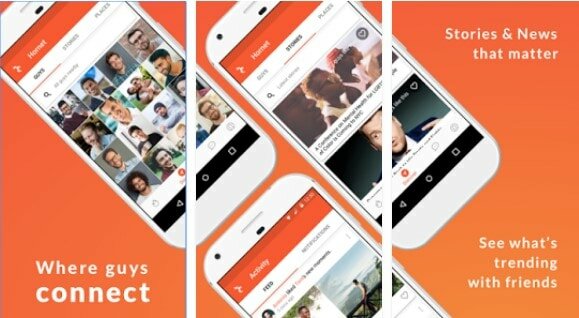 Hornet is among the top gay dating apps out there with a huge number of users which is almost about 7 million. Hornet is truly one of the most sought-after dating networks for the gay community. Not only this, if you are bisexual or straight with a bit of curiosity in you then Hornet can be the ideal application for you. Long-term relationship or just a fling, Hornet will assist you to find the right match. Also, this app comes with several language preferences that include English, Spanish, Danish, Chinese, Turkish, Dutch and Vietnamese.

This app allows you to tweak your own location and also view profiles of other people from different cities. Another very helpful, unique & impeccable feature of this app is that it enables the users to share their HIV status for the betterment of society. 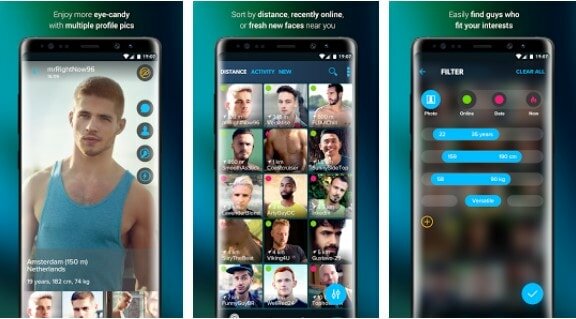 PlanetRomeo was first invented in Germany in 2002 and since then it has become an international platform for gay men to find their perfect date. In Europe, this app is very much popular and it is now making its mark in the global market as well. The total number of users of this app is 3 million and it is now available in 25 languages. Also, this app gives you information about safe sex and health which is beneficial.

This app is compatible with both IOS and Android platform. Initially, PlanetRomeo was known as Gay Romeo. This application is used by the gay, bisexual and transgender community and it is pretty famous & well-acclaimed. Planet Romeo is available in English, German, Spanish, French and Portuguese. 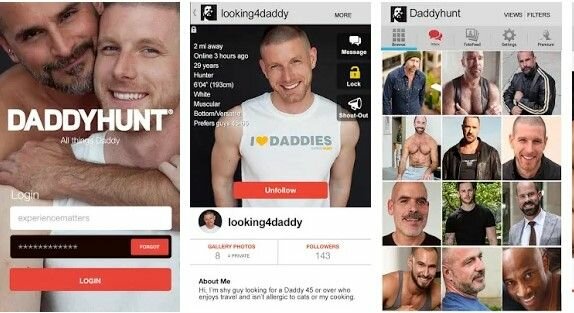 Surely and certainly you will fall for the same at first sight. DaddyHunt boasts and claims itself to be the bulkiest community of gay people. Likely it lets you chat with personas of similar interest but the USP (unique selling point) of the same is it enables you to share your personal photos privately. You can hover around on not only local profiles, but also global ones.

It lets you filter out your curiosities and interests based on the following – scruff, daddy, silver daddies, twink, etc. (certainly you can select according to your own preference). DaddyHunt too provides its users with some feature packed premium subscription and is widely available for both Android and IOS podium. 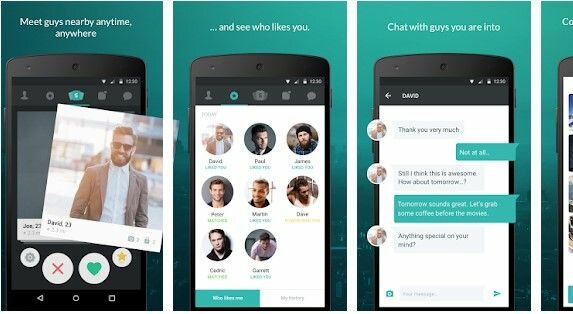 Surge is one of those bewildering and staggering apps which has already achieved the highest possible recognition in a pretty short span of time. Surge lets you perform and accomplish all the possible perks like other gay dating apps but in a much more precise, particular and painstaking way. The best part of this application is that it allows you to connect your Surge account with the Instagram account which in turn cynosure you with a wide range of probability and possibility.

As a matter of fact, it also provides you with the facets of browsing privately (only visible to the liked profiles). The same is also well dedicated and determined towards providing you with all gaiety and pleasure but in a much more safe and secure way.

Sexuality is one thing that is completely dependent on a person’s personal preference and one should not judge it. online dating apps for homophiles are a big thing now since it is the one place where they do not have to hide their true identity. More and more homosexual men are now coming out of their closet and using these apps so that they can meet up people of their choices. The above-mentioned apps are the best in the business.