There is not a single person who does not have a Facebook or an Instagram account. Again, there is hardly anyone who does not upload their photos on these leading social media platforms. When we upload our photos, we hesitate to upload the original ones. We love editing our photos as it makes us look beautiful and presentable. When we are sharing our photos with the world, it is obvious that we want them to look amazing.

Photo editing has become a very common trend nowadays. This is why several camera apps and photo editings apps have been introduced to us that help us to edit the photos in any manner that we like. The image editing apps provide numerous photo editing tools that include brightness, various filters, cropping, vignette, and a number of other things as well. Also, it becomes very challenging when you have to select the best one. Given below are a list of the best photo editing apps for your Android and iOS devices that you should definitely try. 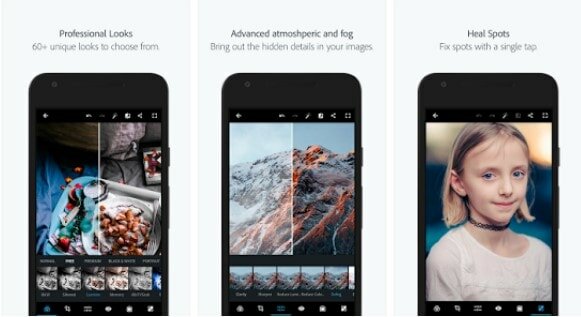 Adobe Photoshop Express is a very interesting and amusing photo editing app that has numerous editing tools that are very advanced. There are many filters which can be used by the users. The tools include straighten, crop, rotate, color, flip, removing of the red eyes, brightness, hue and the white balance. Photoshop Express consists of many filters like Super Punch, Glow, and Vibrant. Users can also make the photo even more amazing by adding frames and borders.

This photo editing app consists of various add-ons which include the Adobe Advanced Pack and the Adobe Looks Pack. This editing app is available for both the Android and the iOS devices.

The AutoDesk Pixlr is a photo editing app that consists of over a million effects, filters, and overlays. Using the Pixlr, users can easily create the photo collages with the help of the various options of layout, spacing options, and background. This app also consists of the auto-fix feature, which is known to balance the color. A number of photos can be added together and then they can also be blended. Users also have the option of stylizing their photos with the ink sketches and the pencil drawings.

The selfies can be enhanced by removing the blemishes, whitening the teeth, and removing the red eyes. You can also add the captions and also overlay the pictures with texts. This app is available for iOS and Android devices. 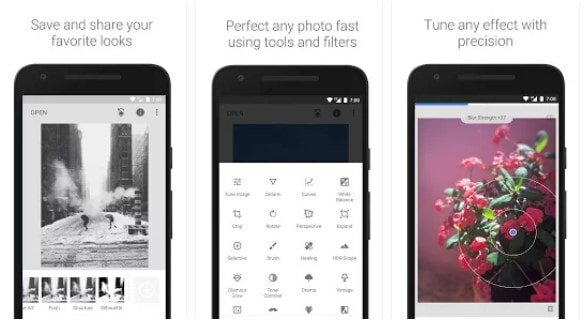 Snapseed is a famous photo editing app that was acquired by Google in the year 2012. There are around twenty-five tools which include rotate, crop, brush, perspective, vignette, and white balance. The best feature of Snapseed is that it can edit the RAW DNG files. There are a variety of filters present in the app like HDR Scape, Grunge, Drama, Vintage, Grainy Film, Noir, Retrolux, etc.

Snapseed also supports a huge variety of frames. Users can also add the focus on the eyes and add lighting to the face to make it look brighter. This app is available for the Android and the iOS devices. 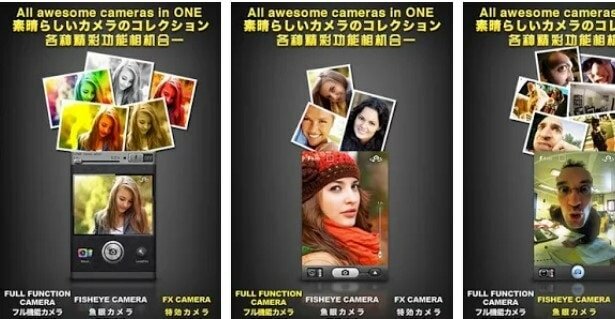 Camera + is a very cool app that is available for the iOS devices. It consists of various tools for editing the photos which include the focus and the touch exposure. This app also consists of a special type of shooting mode which will allow the users to click photos that are very sharp. The app has numerous modes like the Sunset, Food, Night, Beach, and Portrait mode. It is an amazing app that helps to click and edit the pictures perfectly. 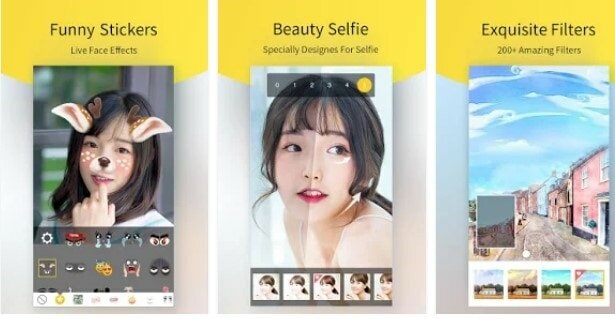 Camera 360 is a very famous app which has a million users globally. This app is very renowned in the Asian countries. The filters that are available on this app helps the users to create amazing pictures, and it consists of almost two hundred filters. Users are also allowed to make the pictures creative by adding stickers and effects to the photos. After editing, the pictures can be uploaded on the social media platforms. The Camera 360 app is available for all leading Android and iOS devices. 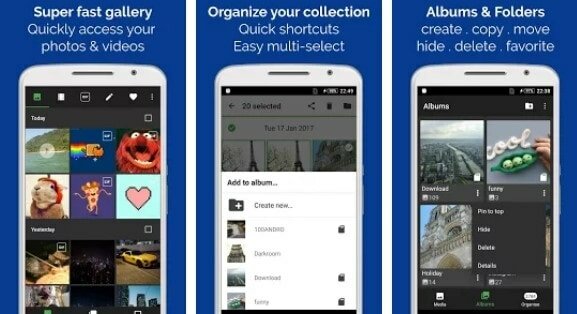 Darkroom is a very interesting app that consists of all the features that any user would be looking for. Users can not only crop the photos, fade, saturate, brighten, and add more filters, but they can also adjust all the colors, curves, and tones. The best feature that this app has is that the photos need not be imported. The photos can be edited even if they are not imported.

Also, if there are photos that you want to access faster, you can mark them as your favorites. The darkroom can be downloaded for free but it consists of the in-app purchases. This app is available for the iOS devices.

FaceTune is a cool photo editing app that should be owned by all the people who love editing their photos. FaceTune was designed in a unique manner to help the users to work on their selfies and the portraits. This app is capable of making the smiles wider and the teeth whiter. The pimples can be removed easily, and the dark circles can be blemished. It is also capable of removing the effects of a red or a white eye. One can also replace the grey hair with black hair or bald patches can also be filled. This app is available for both the iOS and the Android devices.

PicsArt is not only the most famous app but it is also the most wanted apps by most of the Android and iOS users. This app has a number of features that can be used to make the photos look amazing. This app has been downloaded by people all over the world over a million times. The app can be used for drawing, editing photos, making collages, and much more.

PicsArt is also famous for the social network that is built within the app which allows the users to share the photos. The tools that it has are stretch, crop, tilt-shift, masks, borders, artistic filters, speech bubbles, and lens flare. It is available for all the Android and iOS devices. 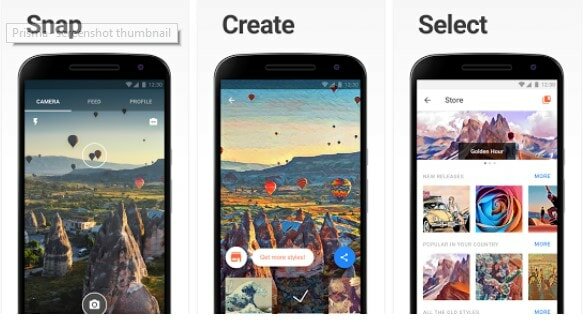 Prisma is an extremely popular app that helps to turn the photos that you have taken into gorgeous pieces of art. These styles are inspired by some of the famous artists like Munk, Van Gogh, Levitan, and Picasso. Prisma makes use of algorithms for applying the creative filters to the photos. Videos can also be edited on these apps. Prisma is popular for the thirty different styles that it has. This app has been downloaded by users globally. The app is available for the Android and the iOS devices.