Music is one of the most important things for almost all of us. We love listening to the songs that will make us feel relaxed and comfortable, no matter where we are. The wisest thing a person can do is listen to their favorite songs from music streaming apps that are of high quality. Music is something that we want when we are in the comfort of our homes, or while traveling to work, or while going for a long drive.

We never forget to carry our devices with us, whether they be the smartphones or the tablets. It is great to have music that matches the current mood you are in. Downloading music on your devices means a lot of space has been occupied. This is why you should choose music apps that are popular and have a massive library. Given below are a list of the music streaming apps that you should check out. You do not need to download anything on your device if you have any of these apps. 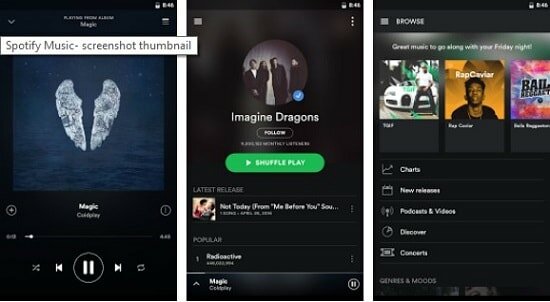 Spotify has started to gain a lot of popularity over the years. It is web-based service that allows the users to stream music. The users are granted access to unlimited audio tracks, genres, playlists, and albums. The users can even follow the artists. The songs that are your favorite can be added to the music library of Spotify, which allows you to play the songs later again.

Push notifications are also provided by the apps for the release of albums by the artist you have followed. This app is available for the leading devices like iPhone, iPad, Android, and Windows Phone. Spotify music app is also one of the most downloaded apps on the playstore store.

Saavn is considered to be one of the best music streaming apps that provides all the user access to the music. The app contains music of various genres and songs of different regional languages. There are around thirty million tracks in the app. The app is also very famous for the curated playlist that it has which is categorized by the artist, mood, or genre. Users can also select from the wide collection of radio channels, podcasts, etc. This app is available for Android and iOS interfaces.

I’ve been using saavn for a long period and believe me, it’s amazing. Being a free member, I’ve access to complete library. Once you get a premium plan, you can take any song offline. 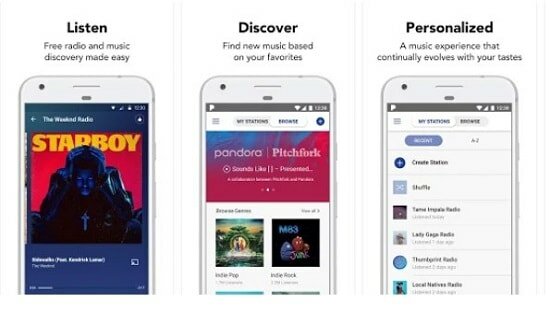 Pandora is a very famous music app that is available for free. It allows the users to stream a large number of songs. You only need to enter the name of your favorite artist, and the songs will be played by Pandora. Pandora also recommends a few artist based on your choices. Users can also rate songs that they love and their favorite artists can be bookmarked.

Pandora is known to work the best when your device is connected to the Wi-Fi network. This app is available for iPhones, iPads, Android, Nook, and Windows Phones. 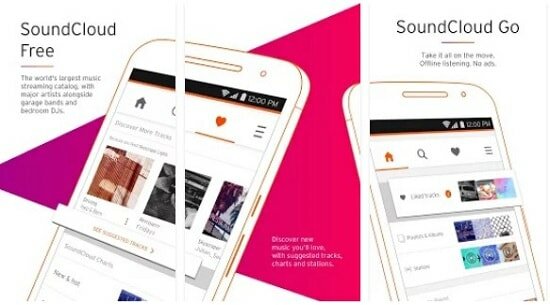 SoundCloud is not similar to all the other music streaming apps that have been mentioned here. SoundCloud provides the users the opportunity to listen to a large number of songs from the major and renowned artists and a number of record labels as well. Songs from the independent artists, podcasters, musicians, etc. are all available here. These songs are usually used for promoting their music. Users can discover new artists and connect with them. This app is available for the iPhones, iPads, Android devices, etc. 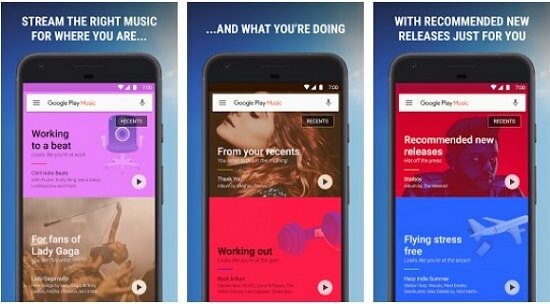 Google Play Music has a huge music content to offer to the music lovers. It has a large number of songs in almost every genre that a user cannot probably imagine. There are certain songs and artists that we had no idea existed. There are many pre-built playlists that are suggested to the users on basis of the time and date they are in.

Google Play Music also keeps a track of the activities that you are indulged in or if there are any holidays that are there. Users are also allowed to upload as many as fifty-thousand songs from the music collection that they already have. This app is available for the iPhones, iPads, Android, and iPod Touch. 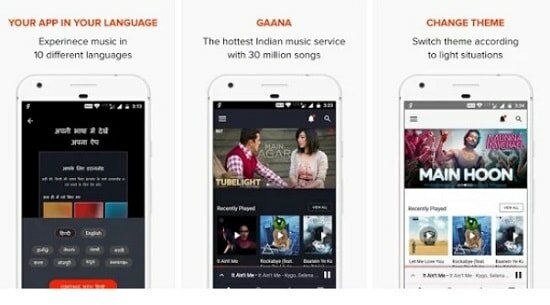 Gaana is one of the most famous apps that has taken the industry of music streaming by storm. It consists of a number of curated playlists. Gaana consists of a huge variety of songs that ranges from International songs, Bollywood, and also songs from different regional languages which include Bengali, Marathi, Bhojpuri, Rajasthani, and Malayalam.

The database of this app consists of around ten million songs. Users can also save their favorite tunes, playlists, albums, artists, and tunes. Gaana is available for all Android and iOS devices.

iheartradio is a music platform of its kind. A popular app with unlimited music and hundred’s of radio stations. Once you download the app, start listening to the live radio, podcast, news, talk, and comedy shows all for free. With an average rating of +4.5 iheartradio is somehow different from all the apps mentioned here.

Unlike other apps, find AM & FM station, listen to sports channels from the cities across the globe. The music could be searched using category filter where you can pick from top EDM songs, Rap, Rock and Top chart. With Android & iOS app, one could also access the content on their web portal. 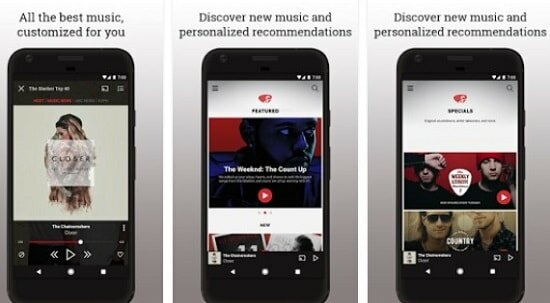 Slacker brings the best-curated music for you. A music streaming app, slacker advance programming makes music listening more enjoyable. Discover new music, follow hit songs and customize experience according to your taste. It consists of millions of songs along with a patented offline mode which you find anywhere else. The streaming feature that this app has is very adaptive, and therefore the music experience is guaranteed to be seamless.

Users can listen to the curated playlists and the radio channels that are available on this app.  This app is available for Android and iOS devices.

MusixHub is a very interesting music streaming app as it provides free music to the users. This app is capable of creating a playlist from the music video in YouTube. The only thing that the users have to do is search for artists, select the albums, and then start playing the album. They can even make use of the autoplay menu that is present on the right-hand side in order to skip all the songs. There is also a “Try Different” button available. Users can find a number of songs of high quality in this app. 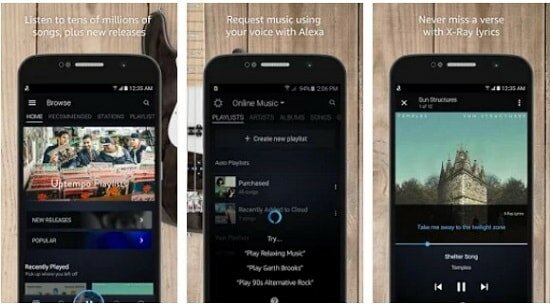 These were 10 Free & Paid Music streaming Apps for Android & iOS that you can try for seamless music experience. Most of these apps are absolutely free with no hidden fees. Few Music apps provide weekly or daily packs which adds freedom like unlimited download, no ads, enhanced quality etc. It’s now up to you, English, Hindi, Regional or something else. What’s your choice?