The camera of a smartphone is a much-needed hardware; we cannot think of a smartphone which does not have a camera. Mobile making companies are working hard on the type of camera technology they are using in their smartphones. They are making it more reliable and adding more features so that pictures come out impressive in low lights.

There are many people whose point of purchasing a smartphone is the camera.  And if you are still not happy with the output of your existing camera of your smartphone, you can search for these free camera apps in the app store to bring out the optimum output from your mobile camera. These camera apps have some special features which can completely take over your camera and make some major tunings to capture the best photo.

This app is among the oldest and most popular camera apps. The developers of this app are highly active and they send frequent updates which makes it completely bug-free. This app makes simple stuff super smooth and super impressive. The app has multiple modes of shooting. Photos, as well as videos, can be shooted with this app. You can also make your own GIFs with this app. The photo editor of this app can do the basic stuffs very well. The app provides solutions to multiple problems of editing. 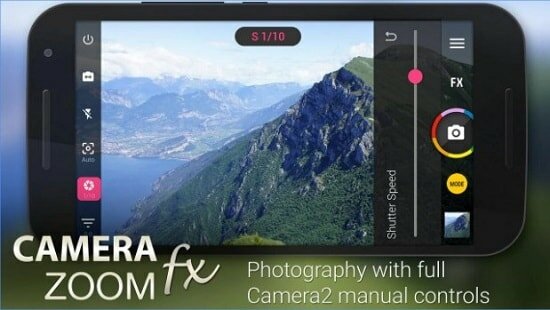 Camera Zoom FX is also a very old camera app and is quite popular in the market. The app can do simple as well as serious stuff. There are manual controls for exposure, shutter speed, and ISO. There are also many filters with HDR mode and many photography modes. There are also some plugins of this app which brings some additional features to this app. It has more features than any random popular manual camera app.

You get the app for free in the app market but you can also purchase the pro version of this app at $3.49, if you like it. 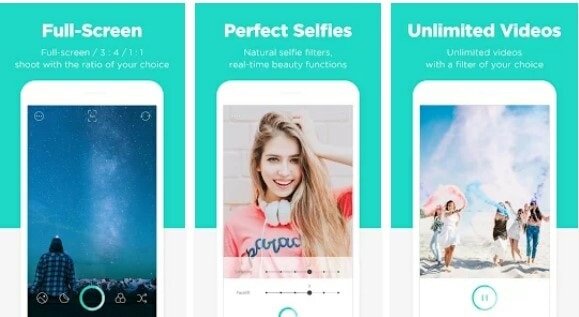 Candy Camera is quite young in this industry if you compare it to the other camera apps. This app is specifically developed to click nicer selfies. You get a whole lot of filters in this app. Makeup tools and stickers are also there in this app. You get a collage mode as well. Initially, you may find some difficulty to get familiar with the app’s user interface but it will get easier with time.

This is not an app for the serious photographers. People who are more into taking selfies and social media stuff like Instagram can use this app. The app is available in the market for free. Advertisements will flash in this app and there is no way you can get rid of them. 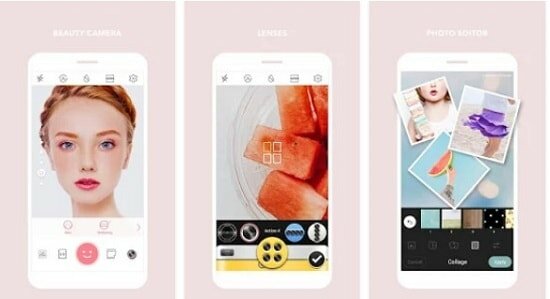 Cymera is one more old and popular camera app which has its main focus on the mainstream features of the camera apps which means the app has many filters, special effects, and stickers. The app also has a beauty camera mode. The app has the capability to add and take features from your body and face according to your need. Such dramatic alterations may not be liked by many, but there are people who would love this feature and use it for fun.

For minor editing, you also get a photo editor in this app. The app is available for free in the market but there are some in-app purchases for additional features. 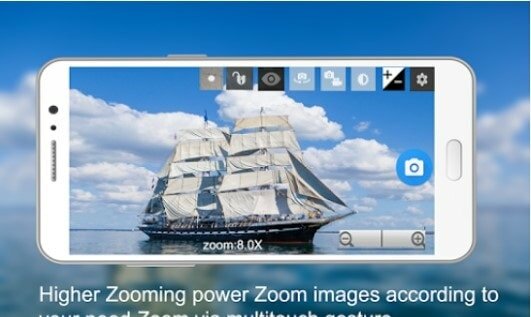 The name of the app is quite ambitious. The app provides a good manual handling mode. There are some impressive manual controls in this app which includes light metering, ISO, white balance, live histogram and more. The app provides multiple shot modes and features like geo-tagging and the volume keys of your phone also have some functions in this app. The app works well on a majority of the devices.

The only negative thing about this camera app is that it comes with a price and does not provide a free trial. You will have to use the app within the refund time so that you can ask for a refund if you do not like the app. 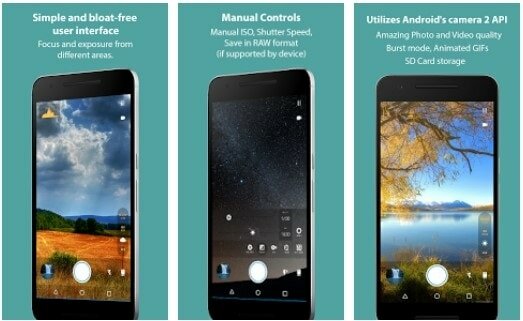 Footej Camera is a new camera app. It has a good combination of mainstream features and features for serious photographers. The app uses the Camera2 API of Android devices. This means it has tons of manual controls. The app also has the capability to shoot videos, make GIFs, burst mode and photo histogram. The app also supports the RAW format if your device supports this format. If you want you can try this app for free and also buy the pro version for $2.99. The app is great because it does not have irritating bugs. 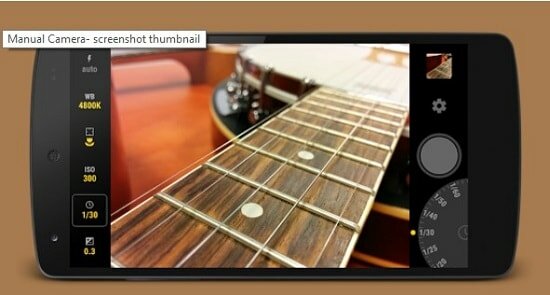 Manual Camera does exactly what the name says. This camera app has multiple manual settings. The app uses the Camera2 API and makes the full use of it. The app takes over the complete functionality of your camera and gives you access to shutter speed, ISO, focus distance, exposure and white balance. The app also has a timer and supports the RAW format, but your Device should have the support for RAW. It is very simple to use. You should try the trial version first before making the purchase of the full version. 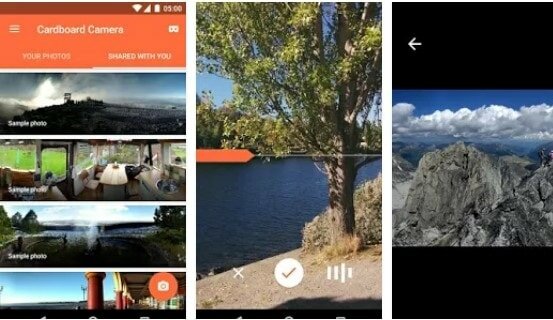 This is a camera app for the people who are using Google Cardboard. This app helps in viewing and capturing VR images. The app helps in taking 360-degree photos. The concept is much similar to panorama shots but in 360-degree images, you need to move a full 360 degree, to capture the image. You need to have the Google cardboard to get the best output. The Google cardboard is really cheap and you can get it very easily. The app is completely free with no in app purchases. This app makes capturing 360 degree photos very easy.

People who love handle cameras on manual mode would love to use this app. This app provides many features of a DSLR which includes light metering, white balance, focus, ISO, manual shutter speed, etc. This app also supports multiple image formats like JPEG, DNG and PNG. The app also provides multiple language support. There are thousands of other exciting features as well.

This app also does a good job when it comes to problems like over bloating. You can also use the volume key of your phone to have a control on some of its features. The app is available in the market for free but you can also purchase the pro version of this app at $3.95.

Google Camera is an official camera app from Google. Majority of the Android devices come with this app. The app has less but very effective features which you would love to use. The app provides features like lens blur, video stabilization, photo spheres and slow motion (if your device supports this feature). The only negative thing of this device is that it faces compatibility issues with the majority of the devices.

The app is compatible with devices having Android version 7.1.1 and up. Later on, devices which have the latest running Android operating system will be able to run this app. Otherwise, the app is available in the market for free and it is really a good camera app.