The Internet is the first thing which comes to help with everything you need to know. A huge number of people are using a smartphone to access the internet and mostly use 2G services. But the internet connection speed on an android smartphone can really examine the level of your patience. Especially in India, it can make you a real freak. Some days ago, Facebook has also come with a scheme in which it will give slow internet connection to its employee to know the Indian customers more deeply. And that’s why they released Facebook lite for super fast experience.

Bad Internet speed can occur because of the load in network, congestion or bad signal strength in your area. Whatever may be the reason, but it really when you have some important work to do.  If you are among those persons who are quite frustrated with your Internet speed then you can try these apps to increase Internet speed connection on your android device. To tackle this annoying problem I’ve come with hacks to increase and boost Internet Speed.

Don’t confuse it with hacking/Coding. These are just Apps available for free download in the Google App store. You just need to download the best one from the android market and it’ll help you to increase your Net speed in any android device.

Android Apps To Speed Up Your Internet Speed 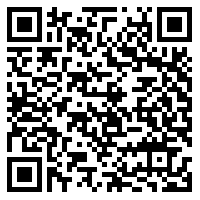 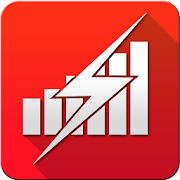 If you are dealing with slow internet issue in your Android device then the solution could be installing an app i.e. Internet Booster & Optimizer. It runs several internal optimizations in order to ensure that you are browsing the internet at your connection’s maximum potential. When you launch the app simply select whether your device is rooted or not or let the app run a quick test if you are not sure. This will help to determine the optimization profile to apply. Those system files in the setting cannot be changed if your device is intruded. The app will still try to increase your system performance for internet browsing making sure that there is no interference or traffic drains from other apps.

If your device has got root access the app will go further by attempting to patch system files that determine specific internet traffic related settings as well as browser overall performance. Additionally, all the non-root optimization will be applied too. Next step is simply clicking on the main button and let the app do its work. You should be quickly notified when the process is complete. Your device is now ready to browse the internet. 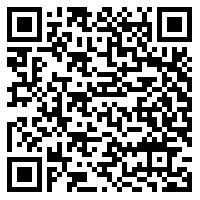 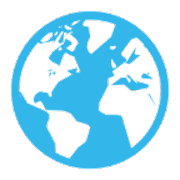 Internet Speed Master Tools is specially designed for rooted Android device but it also performs well on a non- rooted Android device. This app certifies and claims to improve the internet speed on your specific smartphones in a hassle-free way. It thus improves your slow internet connection by simply tapping on the screen of your phone. The most added advantage of this app is that it doesn’t matter whether your device is rooted or not. The user can also get the app checked by simply accessing the internet speed testing app or website. The specification required to run this specific app is Android 2.3 or higher.

The free and safe installation of the app simply boosts your poor internet connection by making your browsing easier and affordable without any fuss. This app cordially welcomes all rooted and non-rooted users to access the app in a free and a safe mode. The app also comes with a one-click launch widget that will directly boost your internet and open your browser for a quicker access.

This app works as combat machinery for all the internet lovers where it remarkably enhances your internet connectivity and experience to an optimum level. It specifically saves you valuable time and money giving support to 2G/3G/4G connections on your device. Whether your internet connection giving you a poor signal or not, with the help of this app you can bid goodbye to all your worries by experiencing a high-speed connection on your Android smartphones. The app thus highly claims for better downloading and uploading speed for online gaming or watching online movies and TV series.

In addition to this, with the increase in internet speed, it will also boost the speed of your mobile device at the very same time. The only default of this app is that there are several pop-up ads keep appearing on your device screen which is at times really annoying for any user. Sometimes the application varies the downloading and uploading speed when you go for an internet speed test. 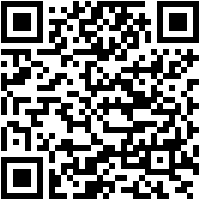 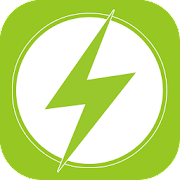 The Internet Speed Booster does exactly what its name says that is it boost up your poor internet connection into a high-speed internet. It optimizes your device internet speed for the smooth run of your browsing and surfing activities. It thus enhances the speed of your device’s internet connection by more than 50%-80% significantly. It also helps to clear the caches running background which simply drains up your device battery. It automatically stops the other unwanted applications running background to boost up the speed of this specific application. It improves and upgrades the poor signal of your device. Along with your internet connection, it also helps in improving your Wi-Fi signal as well.

The total file size is less than 1 MB which is highly suitable for any low memory device to make it work faster. It will thus give you an improved performance which let you carry out your work over the internet immediately with no network breakage and clear signal. The application runs your internet connection to the next level where you will be ready to download and upload anything of your preferred choice and preferences.

Leave out your worries aside and switch to 3G Speed Booster to claim your desired speed for the smooth browsing of your activity on the internet. Yes! It does what it says, it speeds up your poor connection and clears unwanted ram memory in just a few seconds. It thus flushes out the excess memory that it is draining your device space in the background. It also prevents other unwanted apps running in the background by simply force shutdown mode. The application optimizes internet speed by increasing the available bandwidth. The application only allow rooted and non-rooted devices which boost up a strong signal for high internet connectivity. It also helps to clear the caches running background which simply drains up your device battery.

It will thus give you an improved performance which let you carry out your work over the internet immediately with no network breakage and clear signal. You just need to download this app and tap to get a fresh network which will optimize your internet connection with increased data speed. As a matter of fact, this application boosts up your internet speeds by two times significantly.

Now forget your old speed internet connection with the advanced use of Faster Internet 2X app. It works two times faster than any other apps on the internet. The total size of this file is about 986 KB which can easily fit into your small memory mobile device. It also resolves the issue of bugs and fixes them instantly. Thus, the application does what it claims in a more user-friendly way for any Android devices significantly. The application allows both rooted and non-rooted devices which boost up a strong signal for high internet connectivity. You will gradually notice a slight change in your browsing speed while using this specific app on your device.

It does promise what it claims just like its name i.e. two times faster than the normal speed of the internet on your device. Now watch your favorite pass time movies on Netflix or play an online multiplayer game in a hassle-free way with a high-speed internet connection.

So the hunt for Apps To Increase Internet Speed ends here. I hope this list will surely help you to boost your internet connection. I personally pick the Super Android Speed booster app for optimizing my internet speed on my Samsung G2. Tell us your suggestion about these apps & which is the best internet boosting app that suits for you. Feel free to share your thought and do tell us if you are using something other then these Apps.