The Viewster started in 2007 with its headquarters in Switzerland. Through it, one gets to enjoy different anime, movies and the most favorite of the TV shows. Viewster can be streamed throughout the world for free and is supported by the multiple consoles and devices like the desktop to mobiles. Mobile applications are also available for the same. One can select and view their favorite shows from a wide collection of the most popular anime. The viewers can explore the channels for animation, gaming, and comedy. They can also enjoy sci-fi, fantasy, and other documentaries

Viewster has a collection of above 12,000 movie titles including documentaries, comedies, classics, anime, and other films from different countries all around the world.  The total number of titles available usually varies from one country to another as the contracts are unique with individual nations along with their content owners. The different TV shows include the Brit shows, dramas, anime along with the European broadcasts. It is also known to host a film festival online that is the largest in the world in this category. 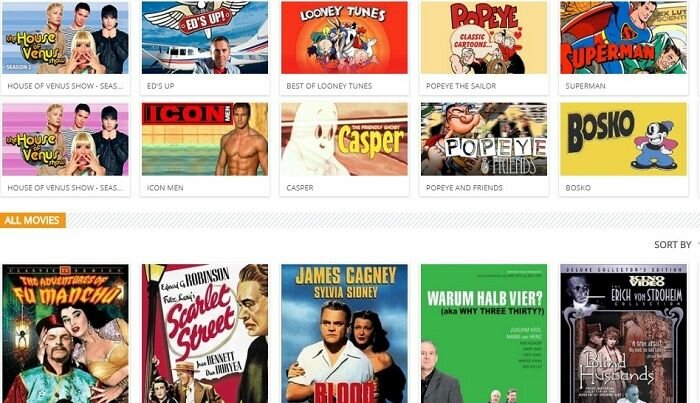 With the help of free registration, the entertainment package of Viewster allows one to enjoy TV shows, movies, and anime. The interface and design of Viewster help one to gain access to all the sections of entertainment- from movies to watching Top TV shows. The section of series opens the episodes of different anime.

The section of movies has contents from different genres like action, comedy, horror and many others. Most of the old and contemporary movies are in English. The interface of the Viewster app is equally engaging and is perfect for the ones who love to watch, series, anime, and films.

All of these can be streamed directly on the Android device. Most of the content like Anime and movies on this app can be enjoyed without its registration.

The app of Viewster is compatible with the Android as well as iOS. It can be installed in different devices. It is almost the same as the desktop version and hence, it becomes easier for the user to browse through the apps.

The option of Watch Later helps to add the movies that are to be watched later. Parental control is also available which is password protected.

The video-on-demand of Viewster is available in 120 countries. Presently, it has its offices in London, Zurich, Adelaide, New York City and Berlin.

Key Features of the Viewster Apps

The mobile app of Viewster along with its website is quite simple. The trailer section provides the viewers with the latest trailers. The movies and the TV shows can be saved so that they can be watched later. It is the perfect destination from streaming all sorts of movies and videos, from the new ones to the classics.

Some of the issues that are often faced by the Viewster viewers are the video freeze while they are being streamed.

Many feel the ads to be annoying in between the movies. If one has kids or teens in his house, he should operate the parental control as some of the content on Viewster is only suitable only for the adults and matured.