Spuul is known to offer OTTP services all across the Internet and one can not only stream but also download full-length movies as well as other short films. The service of the platform is provided worldwide. One can also stream the TV shows in different regional languages of India like Hindi, Tamil, Punjabi, Telugu, Malayalam and many such others of India. Spuul, in 2016, had a collection of more than 1000 Hindi movies with other regional movies.

It also had the partnership with different production companies like Balaji Telefilms, Yash Raj Films, Venus, Disney UTV, Viacom 18, Phantom Films, UTV Motion Pictures, Shemaroo Entertainment and Reliance Entertainment.The platform was founded by Sudesh Iyer in 2012. Its headquarters are in Singapore and has an office in Bombay. The app of the website was launched at the end of 2012.

The interface of Spuul is quite user-friendly and it allows the viewer to watch a downloaded movie anytime later. After a movie has been downloaded, it stays on for the next 72 hours and the user can do not need an internet connection to enjoy the same. Being DRM protected, the contents cannot be shared by the users with any others.While streaming movies online on the Spuul app, one does not have to suffer buffering as video-streaming of Spuul is extremely smooth.

One also has the option of enjoying a small nap while watching a video or movie. Its seamless option helps the viewer to return back to the point where he had stopped and he can start watching from that point onwards.

It is known to feature content from Bollywood, Kollywood, Mollywood, and Tollywood. Besides, it also streams independent movies, TV contents, short films, and also provides its viewers with the comedy shows that are only broadcasted online. Spuul has got some of the best collection of Indian regional movies and Bollywood movies from the evergreen classics to the latest blockbusters. But we love the fact that many movies from 90’s are absolutely free. The collection of vintage movies to relish anytime you want.

With a straightforward interface, the three options that one gets is of Discover, Account and Browse. With Discover, one can view all the trending and featured videos.

How Much Spuul Cost

The users can simply log in with their email-id to watch the selected movies free of cost. For getting premium content, the user will have to subscribe and pay a monthly charge. The cost of the premium subscriptions is INR 150. 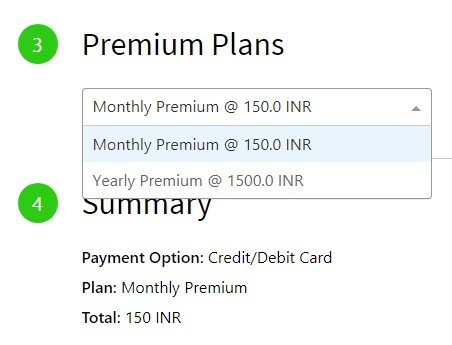 The films and TV contents can be streamed and downloaded on different platforms and devices like iOS and Android in mobiles, Samsung, LG and Panasonic on TVs, the Internet, Chromecast, and Airplay. The App can be installed on multiple devices from the desktop, laptop to mobiles. Besides streaming content from different languages, one can also enjoy offline viewing of the downloaded movies.

The streaming app perfectly while one watches the movies. The movies and videos that are downloaded are of high quality and the app is a perfect destination for all the movie fanatics.

Besides being available in the Indian subcontinent, Spuul is also available in the Middle East, South East Asia, and Africa. The team of Spuul has expressed their interest in promoting in Pakistani and Urdu content. The subscription tiers are different for every country. Many times, lucrative discounts are also provided by Spuul during festive seasons. The company looks forward to launching a new version with more contents those are appropriate for the global users.

Being a simultaneous user of Netflix and Hulu, I feel Spuul is a sort of Netflix in the Indian subcontinent. The services that Spuul provides are both for free content as well as for paid content. Even the interfaces are quite similar to the international platforms of Netflix. In all, one can enjoy 10,000 hours of Bollywood movies.

One gets all for an amount that not only suits his budget perfectly but also fulfills their filmy cravings and the viewers can enjoy the movies without any interruptions of the advertisements.